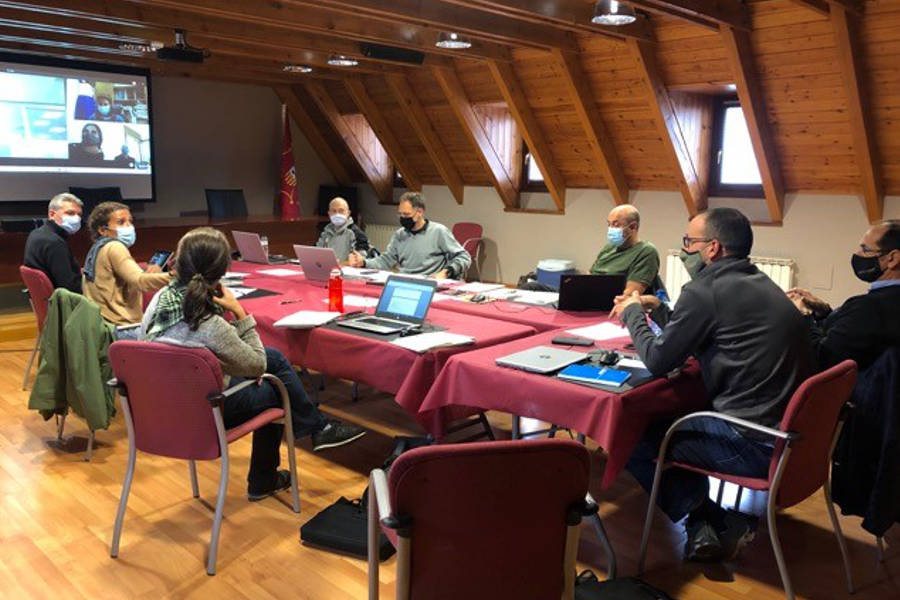 On 7 October 2020, the second annual meeting of all the members of the LoupO Project (Interreg-POCTEFA) was held at the Conselh Generau d’Aran in Vielha. At the meeting, samples of hair and faeces were exchanged by the Spanish, Andorran and French members in the field for the two laboratories participating in the LoupO project to carry out the relevant genetic analyses. These analyses will enable the identification of new individuals and the monitoring of those that have already been identified, in addition to determining the diet and microbiome of both the Pyrenean bear and wolf. At the meeting, discussion also revolved around the joint database that has been created to monitor both populations, as well as around the communication channels used to raise awareness of the LoupO project among the general public.

Photograph of the meeting at the headquarters of the Conselh Generau d’Aran, in Vielha. At the bottom from left to right: Ivan Afonso (CGA), Natalia Sastre (UAB) and Ágata Colomer and Nicolás Espinós (FOCASA). At the top from left to right, Jérôme Sentilles and Pierre-yves Quenette (OFB) and Santiago Palazón and Ricard Casanovas (DTES). On the screen, top photo, Marta De Barba (CNRS) and bottom photo, Aina Sanz and Gabriel Lampreave (DARPA). The photo was taken by Xavier Carreta (FOCASA). Absent in the photo: Enrique Pérez (CGA), Albert Tuguet (FOCASA), Carmen Pérez and Ferran Teixidor (GA), Florence Sagnimorte (CNRS) and Belén Gómez (UAB) 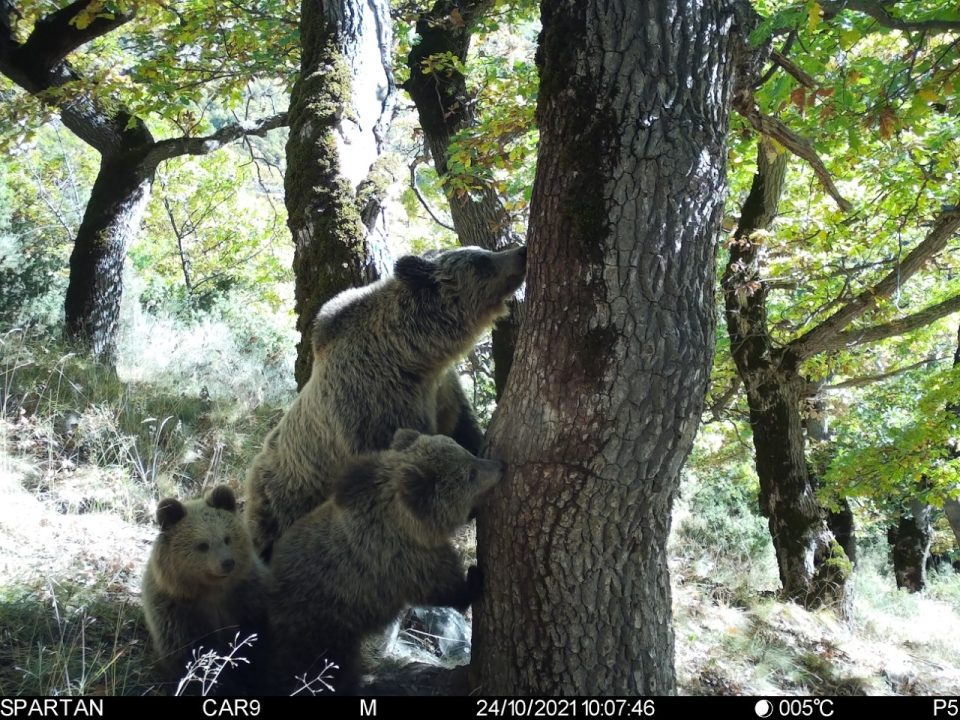 The European program concludes: The LoupO project has identified a minimum of 70 bears and 8 wolves since 2019 in the Pyrenees 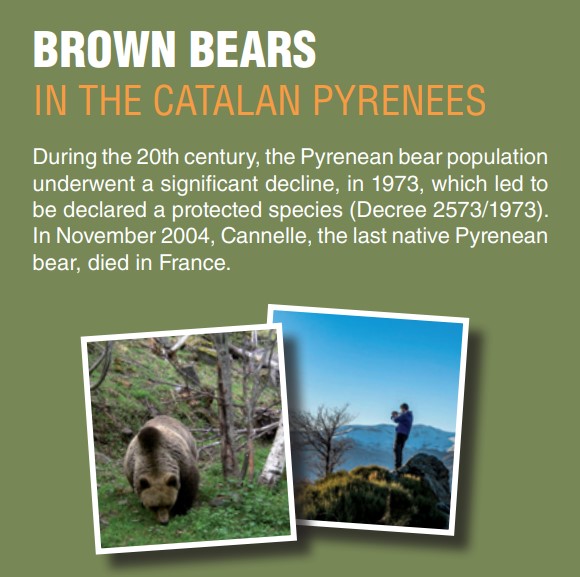 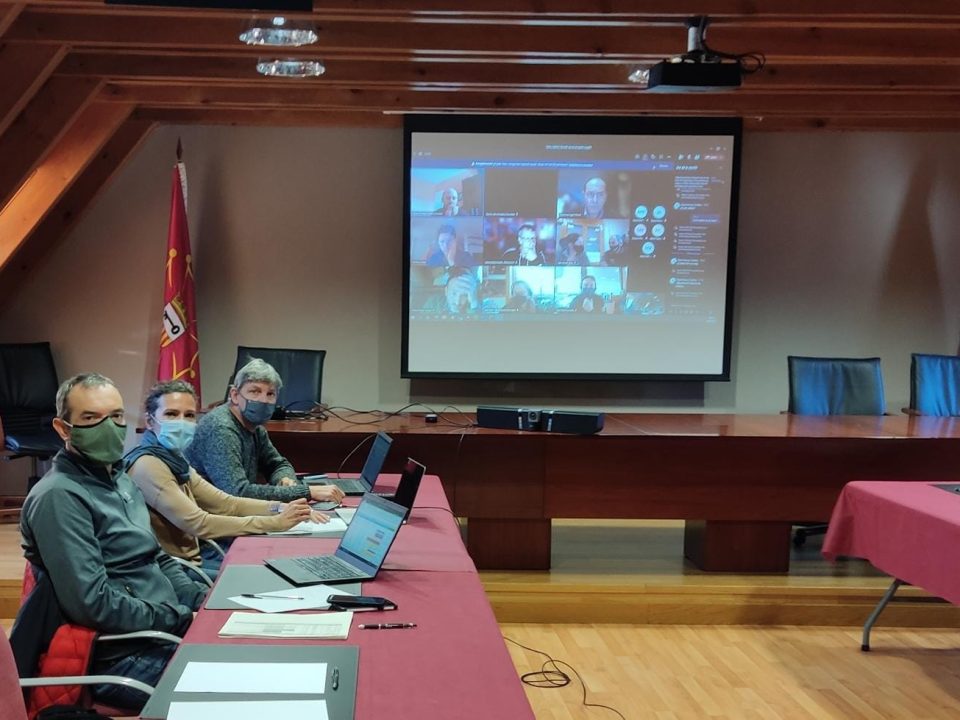 The first and last annual meeting of the LoupO Project