The bear and the wolf of the Pyrenees are part of the natural heritage of Spain, France and Andorra. Both species have transboundary distributions: the bear with a breeding population in the Central Pyrenees (Haute Garonne, Arièje, Val d’Aran and Pallars) and the wolf, through the presence of some erratic males settled in the Pre-Pyrenees and Eastern Pyrenees. The main objective of the LoupO project is to develop a cross-border plan for the monitoring and follow-up, especially genetic, of the bear and wolf populations in the Pyrenees.

The LoupO project, with a total budget of 1,250,109 euros, is co-financed at 65% by the European Regional Development Fund (ERDF) through the INTERREG VA Spain-France-Andorra Program (POCTEFA 2014-2020), a European programme of territorial cooperation created to promote the sustainable development of the border territory between the three countries. It will take place over the next two years, until spring 2022 and will be coordinated by the researcher from the Department of Animal and Food Science of the Autonomous University of Barcelona, Dr Natalia Sastre, a specialist in wildlife from the Molecular Genetics Veterinary Service from the UAB. “The LoupO project wants the three countries to work together to track these two wild animals that know no borders. In this way we will have a clearer idea of the populations and their genetic status ”, explains Natalia Sastre.

The Departament d’Agricultura, Ramaderia, Pesca i Alimentació (GENCAT), the Conselh Generau d’Aran, Forestal Catalana SA, the Laboratoire d’Ecologie Alpine (CNRS) and the Servei Veterinari de Genètica Molecular (UAB) as beneficiary partners, and the Departament de Territori i Sostenibilitat (GENCAT), l’Office Français de la Biodiversité, the Direction Régionale de l’Environnement, de l’Aménagement et du Logement (Occitanie), and the Ministeri de Medi Ambient, Agricultura i Sostenibilitat (Govern d ‘Andorra) as associate partners, will develop, standardize and unify the methodologies for on-the-ground and genetic monitoring of the wolf and bear in the Pyrenees, and will create a common database between the countries. All this will allow the population to be estimated in the future through genetic censuses, for example, in order to optimize resources and adapt to the growing populations of both carnivores. Likewise, it will favour the implementation of measures to promote the acceptance of the wolf and the bear in a territory used for human activity.

The LoupO project has been programmed in its third call by the Programming Committee of POCTEFA 2014-2020, which constitutes the fifth generation of community financial support aimed at strengthening the economic and social integration of the Spain-France-Andorra border area. Its support focuses on the development of cross-border economic, social and environmental activities through joint strategies for sustainable territorial development.
The bear and the wolf of the Pyrenees are part of the natural heritage of Spain, France and Andorra. Both species show transboundary distributions: the bear with a breeding population in the Central Pyrenees (Haute Garonne, Arièje, Val d'Aran and Pallars) and the wolf, through the presence of some erratic males settled in the Pre-Pyrenees and Eastern Pyrenees. 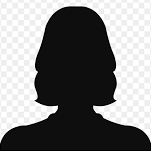